Back in May, I snapped this photo on my subway ride home one evening. I don’t think he saw me, but even if he did I doubt he would have cared. 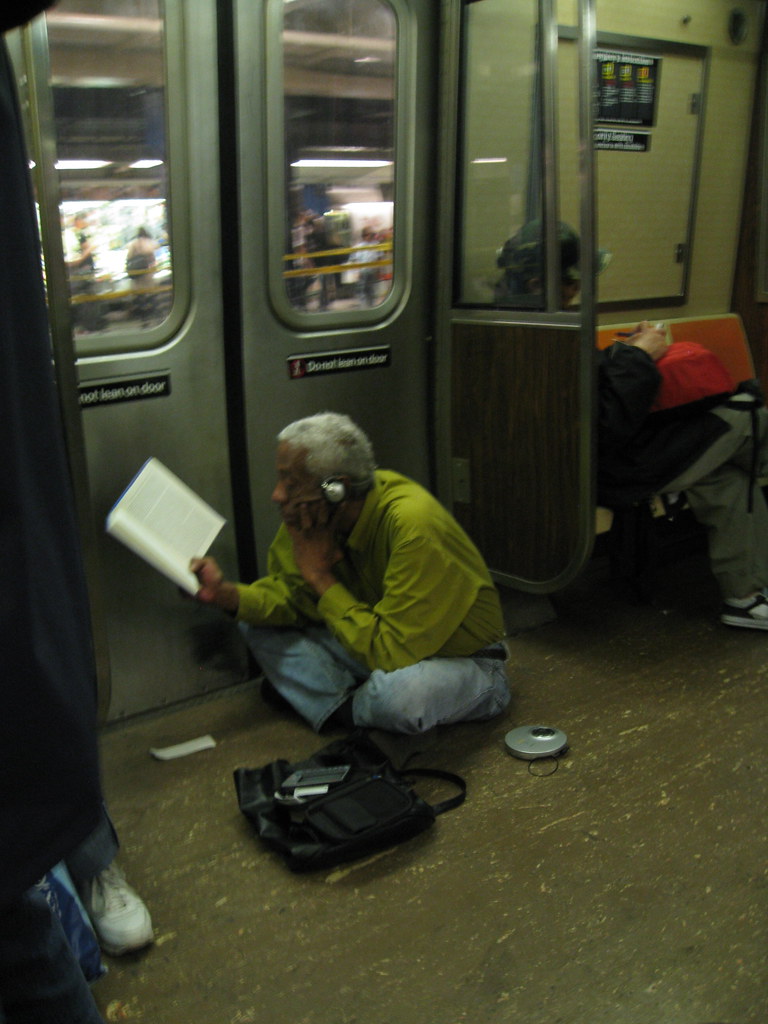 His nonchalance amused me on so many levels:

The lesson here: people don’t always use things as they’re intended to be used. Sometimes a design is open enough for it to accommodate the needs of an outlier. And most people will tolerate it.