Today’s photo comes courtesy of my friend Mike Singleton over at drop.io. 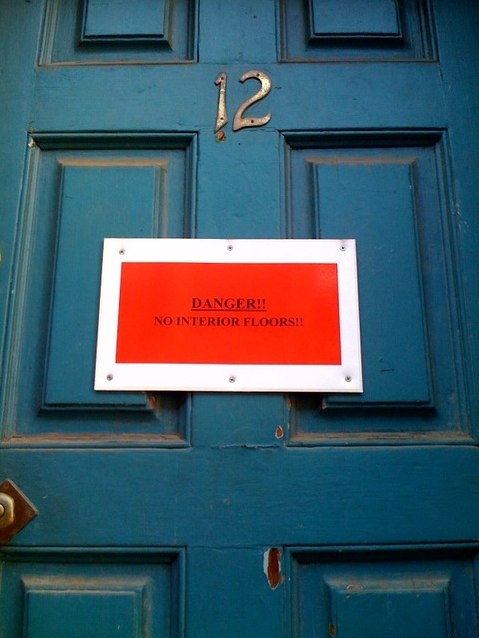 This door is at 12 Gay Street in the Greenwich Village neighborhood of Manhattan. According to Mike, this sign on the front door (DANGER!! NO INTERIOR FLOORS!!) is the only sign that there’s any construction going on inside or around the building. It’s a good thing someone thought to nail it there, or they might have another death on their hands!

After a bit of research I discovered quite a long, troubled history for this little building on this little known street. 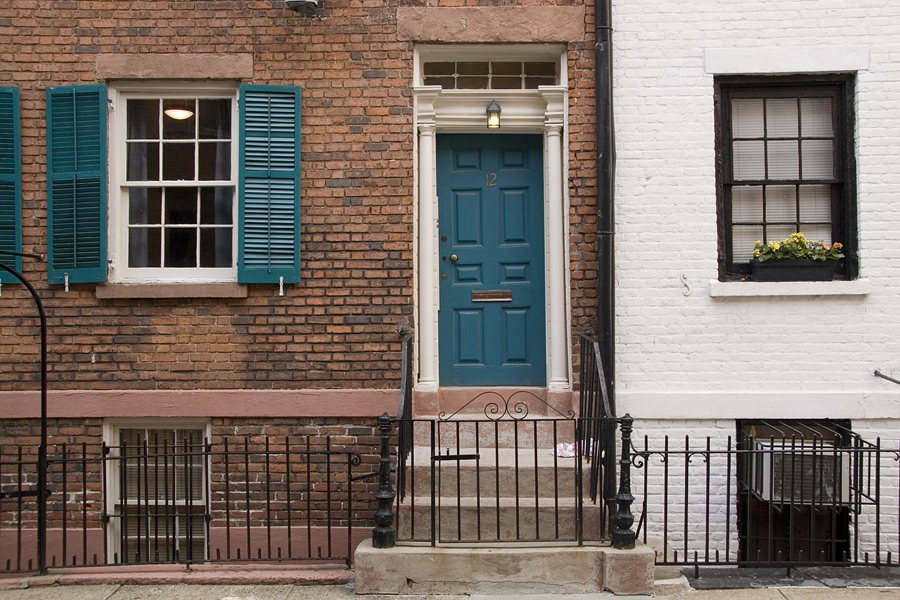 It turns out that 12 Gay Street is a landmarked building that has been inhabited by many famous people and is said to be haunted. The Gay Street Phantom is described in detail in the book Haunted New York by Cheri Revai.

The work, as approved, consists of the removal of the entire rear masonry façade and the existing steel windows, the scaling back of the building’s footprint, and the installation of a multi-light metal and glass rear wall; installation of opaque glass in the two (2) existing historic arch-headed multi-light one-over-one double-hung windows at the secondary east elevation; the raising of the roofline at the rear portion of the building; and excavation at the basement level. As initially proposed, the design called for the removal of the two arch-headed historic windows at the secondary east elevation, and the closing of the masonry openings with brick. The approved work was illustrated by a scaled model, and presentation boards that included photographs, and drawings labeled 1 through 31, dated June 2007, prepared by David Chipperfield Architects, and presented at the Public Hearing and Public Meetings.

Whether or not you believe in ghosts or care much about the preservation of landmarks, let this be a reminder to you that you never know what you might find behind a closed door…so look before you leap.