A year ago March 28, my close friend Samantha LeVan sent me a fairly routine email asking me if she could pass my info along to a young web designer looking for a mentor. It was so nondescript that I might have put it off for a few days, busy with other things. I’m glad I didn’t.

Hidden in the middle of the only paragraph was a sole sentence explaining the reason for her request: “Unfortunately, I just found out I have cancer (sucks I’m telling you this by email – so sorry!) so I need to stay focused on health and trying to keep my job going, and caring for Penny.” 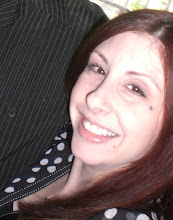 I was stunned. Samantha, 33 years old at the time, had given birth to her beautiful daughter Penelope just four months earlier. After having what she thought was a terrible stomach flu and a persistent bacterial infection, some additional testing by her doctor revealed that she had cancer of the large intestine. It had to be removed. I was in shock, but Samantha was optimistic and had a CaringBridge blog set up immediately to share updates with family and friends.

The cancer was diagnosed as Stage III and required chemotherapy. She wouldn’t be able to lift her infant daughter for eight weeks. Luckily she was accepted at the world-renowned Mayo Clinic as a special case due to her age. While the initial 4.5-hour surgery was a success, Sam has had a slew of complications in the year since.

Problems eating. A clot in her liver intake vein. Chemo delays because her platelet count was too low. They put in a port so they could stop pricking her veins. Nausea from chemo brought her down to under 100 pounds. Meanwhile during all of this, little Penny kept getting colds and ear infections, and needed to have tubes implanted in her ears.

Her employer was wonderful about giving her time off and allowing her to work from home as often as she needed. In Samantha’s words:

“I’ve been working my ass off alternate weeks to show people that just because I go through chemo, I’m not sick. I’m totally capable of being a real force at work. I don’t want to be considered “special”. I can handle anything you throw on my plate as long as I have the freedom to have some flexibility with my hours. I worked nearly 50 hours last week. Proof positive that I’m just fine.”

By the end of September, Samantha declared herself healed and we all rejoiced! She has been spending time with her wonderful husband Craig and together they’ve been watching their daughter grow. Sam was 100% cancer free for Penny’s first birthday in November. Fate even had a special twist in store: In January, Samantha became a Senior User Experience Designer at the Mayo Clinic, the place that took such exceptional care of her for all those months prior.

I wish I could say it’s been smooth sailing, but sadly it hasn’t.

In February, Samantha was experiencing stomach pain again and, after a few days, checked herself into the ER. Due to complications from all the surgeries, there was a small tear in her intestine. If she hadn’t gone to the hospital that day, the doctors said she might have died. After an emergency surgery, she was left with 30 staples across her abdomen.

While she was healing, she caught a respiratory infection where fluid built up around her lungs and caused difficult breathing. She also contracted yet another bout of Clostridium difficile (C. diff) in addition to E. coli. And to make matters even worse, she continually blew her IV lines.

After three weeks in the hospital, she was finally released. The pain of missing her daughter was worse than everything else she had gone through. She’s just so happy to be home.

I’m telling you Samantha’s story because she can’t fight this alone. She needs emotional support and financial support. There are hospital costs, medications, tons of supplies, gas to and from the hospitals, at least two upcoming surgeries.

We have a goal of raising $5,000 for Sam and her family, but I want to blow that out of the water. Please give whatever you can to this tremendously courageous and resilient woman. Her disease has been a terrible financial burden that no family should have to bear. We can help. Please find it in your heart to help.

Thank you for your generosity and caring to read about my dear friend Samantha. And thank you to Sam for showing me what it means to have strength of character, compassion, and more hope than I ever thought possible. We love you, and we wish you well.