This month’s NY Tech Meetup was titled Rally for the Future. With almost 700 people in attendance at FIT’s Haft Auditorium, NYTM veered off its typical format of 7 presenters for 5 minutes each. Instead a wide variety of people gave impassioned arguments about how to bring New York to the forefront of the technology revolution. Some were compelling, others were unconvincing, and a couple were just plain strange. 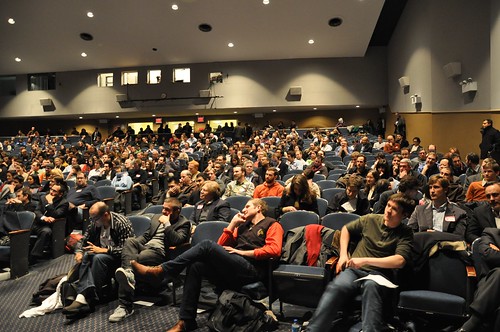