Sometimes people do things for no reason other than to see the outcome. That’s what I think of memes. Someone gets a random ideas, follows through, and then convinces other people to reenact the randomness.

Shelley Greenberg a.k.a. The Spotted Duck tagged me in a meme on her blog. This one is called the “sixth photo meme” because it requires you to go to your Flickr stream, navigate to the sixth page, find the sixth photo on the page, and then post it on your blog. 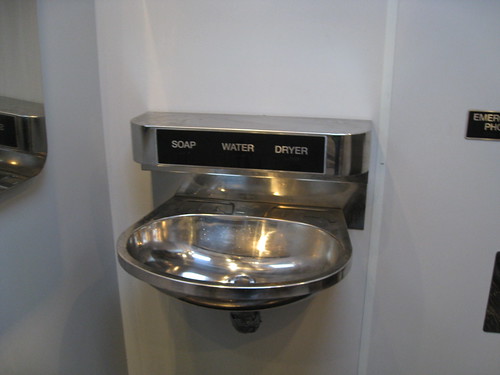 It’s the sink inside the public self-cleaning restroom in Madison Square Park. I used it back in September and I’ve been meaning to write a usability evaluation of it ever since. I’ll do it one of these days.

In the meantime, check out my photo set to see the rest of the bathroom.

Now I have to tag six people to do the same: Alex Hillman, Charlie O’Donnell, Chris Fahey, Livia Labate, Matthew Oliphant, and Michael Galpert. Have fun.