My manager Josh talks about his Roomba a lot. His family owns two — one for each floor of their house — and he swears it has helped to avert arguments with his wife because they no longer have to vacuum. Despite the fact that I live in a studio and basically have no excuse not to clean the place myself, my old Dirt Devil died just before the holidays and I decided to replace it with the Roomba. I figured if I could get back an hour of free time each week, it would be well worth the cost.

I bought the Roomba 560 (the top-of-the-line model) about six weeks ago and it’s been nothing short of a dream. When my friends come over and see him sitting in the corner (yes, I refer to Roomba as a “he”), they look at me quizzically and no doubt think I’ve reached the pinacle of laziness. While that may be true, I’ve found that Roomba gathers way more dirt and debris in my apartment that I ever did with a manual vacuum. In fact, he’s capable of sucking up far more than the eye can see. After each session, I dump out a ridiculous amount of garbage — feeling both clean and appreciative, and ashamed of having been living in such filth. This is life in a New York City apartment.

So what’s so great about the Roomba? Honestly, he’s better than your average husband. More useful and a lot less expensive. Here it is, all laid out for you:

1- He can be trained. After a few passes around the apartment, he learns the layout and cleans more efficiently each time.

2- He cleans all my nooks and crannies. Roomba fits perfectly under the dishwasher so I don’t have to get down on my hands and knees.

3- He pays attention to detail. When he finds a particularly dirty spot, he focuses on getting it clean before moving on. 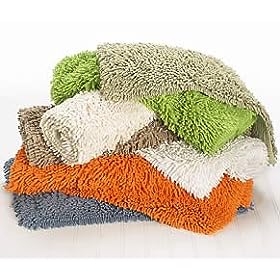 4- He’s flexible and never complains. He automatically adjusts from my parquet floor to my raised area rug, to the ceramic kitchen tile to the tessellated tiling in the bathroom, even sucks the lint out of my high loop chenille bath mat (he moves it around a bit, but I don’t mind).

5- He doesn’t get tired. Roomba cleans my entire apartment — living room/bedroom, kitchen, bathroom, hallway — all on one charge.

6- He has no trouble expressing his feelings. He sings a happy song when he starts the job and a triumphant “game over” song once he’s done. If something goes wrong (like when he locks himself in the bathroom, for instance) he makes a two-tone “uh oh” sound. He knows you’re disappointed, but because he regrets his mistakes you just can’t get mad at him.

7- He never has to stop to ask for directions. When there’s an obstacle in his way, he finds a way around it. When he detects a wall, he doesn’t keep bumping into it just because he’s stubborn. And when he’s finished the job, Roomba finds his way back to his docking station, no dilly dallying.

8- He doesn’t mind being a stay-at-home dad. He cleans the house while I’m at work — at the exact time I tell him to before I leave in the morning.

9- He wants to be dominated — that’s why he comes with a completely open interface, allowing the patient programmer to have unlimited remote control of this special guy.

If you don’t have one, you really don’t know what you’re missing. He’s great around the house and a ton of fun to watch. Do yourself a favor and go pick one up after work. You’ll thank me.