Last weekend, Orian and I flew down to Miami for BarCampMiami and Carsonified‘s Future of Web Apps (FOWA). Unfortunately I caught a cold and we missed most of BarCamp, but at least we made it to Fraser Kelton‘s presentation on AdaptiveBlue‘s Glue — a browser add-on that lets you see what your friends think about stuff all over the web [I plan to write an in-depth review of Glue soon].

The Future of Web Apps took place on Monday, February 23 (workshops) and Tuesday, February 24 (conference). We only attended the second day, a one-track lineup of some of the biggest names in the business. Celebrity certainly draws a crowd, but I have to admit that the whole day was pretty underwhelming and uninspiring. It seems the only session that actually dealt with the future of web apps — “How to create powerful web app user interfaces using Objective-J and Cappuccino” from 280 North — was the one we missed when we got caught up in a hallway conversation with Fraser, Alex Iskold (founder of AdaptiveBlue), and Alex Hillman (a.k.a. @alexknowshtml). While the conversation was great, it was a bummer that we missed one of the few, if not the only, insights into what’s next.

The lineup was as follows:

Naturally, I did my best to capture it all on Twitter. My wi-fi connection was spotty, so there are more holes here than I’d like, but you’ll get the idea. Overall, it’s safe to say that I wasn’t terribly impressed, and would have greatly preferred to see a series of truly innovative web apps by startups and corporations around the world that are actually changing the game, not just a bunch of product pitches and trite advice from the usual suspects. Maybe I’m too immersed in the conference circuit and I’ve just heard it all before. I hope that’s the case, and that the other 300 or so attendees really got something of value out of it. 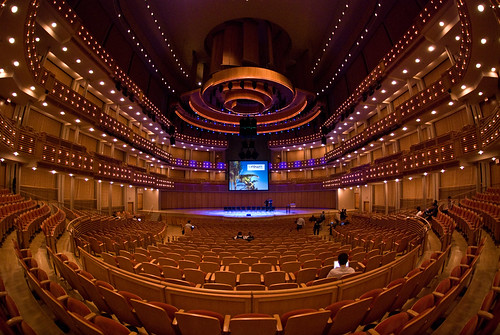 What is the Future of the Browser – Dion Almaer and Ben Falbraith, Mozilla

Order from Chaos – Future of the Web – Aza Raskin, Mozilla

Aza Raskin back to demo Ubiquity