I’ve been thinking a lot about acts of giving lately. It’s been an incredible year for me and so many people have given me so much. It seems impossible to give back.

In Judaism, it’s common to follow Maimonides’ Eight Levels of Tzedakah (the Hebrew word for charity or justice). The aim is to give as close as possible to level 1. It’s considered a ladder that you climb gradually over time as you mature and have the means to do better.

I don’t follow a ton of Jewish traditions, but this is one I have always really liked since I learned about it many years ago in Hebrew school. But in thinking about it recently I realized that it’s actually a great model for the path to self-actualization. Self-actualization at its core is about realizing your fullest potential and ultimately becoming the person you want to be.

Maslow’s Hierarchy of Needs, the psychologist’s theory on human motivation, is represented as a pyramid with more basic needs at the bottom and self-actualization at the top. The five levels, from bottom to top, are: physiological, safety, love/belonging, esteem and self-actualization — defined as morality, creativity, spontaneity, problem solving, lack of prejudice, and acceptance of facts. I’ve had Maslow’s Hierarchy of Needs as my desktop background for a couple of years now because it reminds me that my true potential cannot be met without first fulfilling my base needs. With crazy schedules and unruly ambition, it can be easy to forget that the simple things have the greatest impact on our well-being.

It was only very recently though that I saw the relationship between the Hierarchy of Needs and Maimonides’ Eight Levels of Charity. It occurs to me now that perhaps as we climb the pyramid we can simultaneously strive to climb the ladder, not only taking care of ourselves but of others. 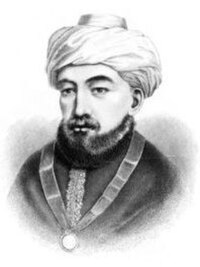 It’s so succinct that it’s beautiful, and even if you’re not Jewish, I hope that you find value in it and apply it to your own life.

Now I want to take it one step further, because in thinking about tzedakah and its relationship to Maslow, I realized that it mimicked my own professional journey. In the past year of Twittering, blogging, going to events and conferences, becoming a consultant and aiming to be a leader in the community, I have progressively stepped up my game so to speak. And the manner in which I’ve done that seems very much in line with the Eight Levels of Charity. If building your personal brand is a process, then here’s my stab at the steps that it takes to reach self-actualization.

I feel like I’m currently at level 3, and working towards level 2. It’s not a one-way climb and I’m sure that I’ll fall backwards at some point when other aspects of my life take greater priority and I shift focus away from maintaining the brand I’ve built here. But I want to remind myself to always get back on track. In the end, I hope I give every last drop of myself I have to give.

This has been a big jumble in my mind for a few months and I’m thrilled to have finally gotten it out. I really look forward to hearing all of your thoughts and interjections on the topic. Please leave a comment so I can learn from you.