Fred Beecher is a Senior User Experience Consultant at Evantage Consulting. He is an authority on rapid prototyping for interaction design and runs an Axure RP Pro training program. Follow him on Twitter @fred_beecher. 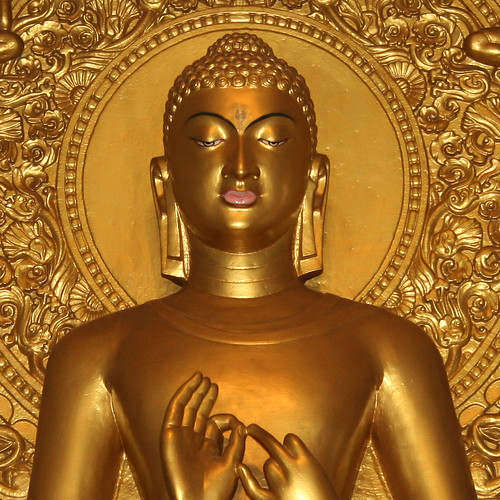 How long have you known of your hero and have you ever met?
I read Hermann Hesse’s “Siddhartha” in High School, as well as some books by Chogyam Trungpa, but I’ve really only been seriously influenced by his ideas for the last eight years or so.

How has your hero had such a profound impact on your life?
Gautama’s insight into the importance of mindfulness, being conscious about what’s going on in your mind, has helped me become both a more compassionate person as well as a better designer. In research, it helps me focus on the moment without judging it. In design, it helps me remain detached from solutions and open to ideas. Earlier in my career I felt quite the opposite. I was deeply invested in my designs and would be quick to shut ideas down as being “bad.” Now when I find myself judging an idea as being bad, I force myself to explore how it could be good. While this doesn’t usually change my mind, it does often lead to avenues of exploration I wouldn’t have otherwise considered.

What is one piece of wisdom your hero has been quoted as saying that has stuck with you the most?
While it’s not a direct quote, an idea that’s even more fundamental to the idea of mindfulness is that of “right view.” What that means, essentially, is having no view. This idea of having no view is what allows me to *be* open, while the insight into mindfulness allows me to *remain* open.

Thank you Fred for sharing your hero with us!