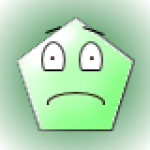 Michael J. Pratt is the co-founder of the Style Coalition, a group of independent online fashion and beauty publishers, and the COO/CTO of Gift Girl. He is also a partner in a statistical arbitrage hedge fund. Follow him on Twitter @mikepratt.

How would you describe how you relate to your mentor?
Peer.

How formal or structured is the mentorship? Does Peter know you consider him a mentor?
While we don’t have a traditional mentor/mentee relationship, no one has provided more level headed mentorship over the years than Peter. The thing that makes it truly valuable is that he mentors without actually trying to mentor. He is just a natural imparter of sage wisdom.

What is one piece of advice your mentor gave you that has stuck with you the most?
Peter doesn’t give advice by way of catch phrases or even memorable and poignant times that stick for their profound nature. He does it the workman’s way…every conversation with him is a mentoring opportunity. I enjoy his example in and of itself.

What else do you want the world to know about your mentor?
Don’t go searching for someone you have to ask to be your mentor…..find yourself a Peter Gudmundsson and let them become your personal mentor.

Thank you Mike for sharing your mentor with us!