Keith Lang is a co-founder and interaction designer at plasq.com, makers of the award-winning Comic Life and Skitch — one of my all-time favorite apps. Follow him on Twitter @songcarver. 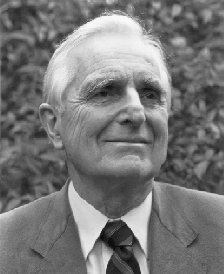 How long have you known of your hero and have you ever met?
About 3 years, I think. I’ve never had the opportunity to meet Doug. I’ve met someone who spent some time with him, and earlier this year I was overjoyed to see in person the original mouse made by Doug’s team at the Computer History Museum. :-)

How has your hero had such a profound impact on your life?
I fell into the UI field sideways, and as a response scrambled to catch up on the history. I followed links, watched Youtube clips and generally read everything.

I think it was the seminal Doing with Images Makes Symbols video by Alan Kay where I first saw The Mother of All Demos. I was shocked to realized that so much of what defines modern computing — the concept and practical design of the mouse, ubiquitous graphical interface, text editing, hypertext documents, collaborative documents, screen-sharing, video conferencing and much more — had been achieved by 1968. And this was a real, workable solution which Doug’s team used to write manuals for other departments. It was not a mockup.

Here’s how his story has impacted me:

How do you gain knowledge and inspiration from your hero?
I probably account for 100 of the views on the Youtube copy of the 1968 demo. There’s honestly so much in there to draw from. Thierry Bardini’s Bootstrapping biography is great, What the Dormouse Said by John Markoff gives wonderful context to the time and place.

What is one piece of wisdom your hero has been quoted as saying that has stuck with you the most?
Doug Engelbart says in the 1968 demo: “If in your office, you as an intellectual worker, were supplied with a computer display, backed up by a computer that was alive for you all day, and instantly responsive to every action you had, how much value could you derive from that?”

That question nailed the future to the wall and pointed to it.

Keep in mind, that at the time, computers of this caliber were massive, only in a few select military-funded installations and available to select few. Getting them to do *anything* was rocket-science hard. Here was Engelbart not only proposing, but *realizing* a future dream where everyone had one of these machines on their desk.

It’s not even so much the question, but the vision and clarity of it.

In fact, it was 2 decades before this became reality, via a direct lineage from SRI to Xerox PARC to Apple. I like to think this prescience survives in Steve Jobs’ oft-used “Wouldn’t it be great…?” phrase.

What else do you want the world to know about your hero?
I have to give credit to my girlfriend for inspiring the following realization.

Despite the huge impact that SRI’s 1968 demo had on the world, Doug Engelbart’s work was never taken further. His team left him for Xerox PARC, and the US Government never leveraged the work he had done.

Only this month did I meet with a friend who had spent some time with Doug, and explained that Doug Engelbart was still adamant that people should want to learn the ‘lexicon’ of the computing system before they use it. That they should invest, and *want* to invest a significant amount of time learning to use a system before they get something of value out of it.

The realization I had was this: The people who Doug envisioned using his system wanted to do the VERY SAME THING that Doug’s team had done: Bootstrap! People didn’t want to invest a lot of time learning a system — they wanted to jump right in, with the smidgest of knowledge, and get doing something productive. The users wanted to leverage what they knew already in the real world, and once inside the machine, learn as they went. The system needed to allow and encourage bootstrapping of *knowledge*.

I don’t know if this would have changed the outcome. And the work done by the fresh mix in Xerox PARC and Apple was certainly revolutionary and perhaps unrepeatable. But perhaps, if Doug’s system was a little easier to use, then it would have attracted more internal users, grown a cult following, adapted to become a government and then commercial platform. And maybe today the name Doug Engelbart would be as well-known as the name Bill Gates or Thomas Edison.

Doug Engelbart lead a team to invent what we take for granted today. And he, and others like him, created some paths that never led to fruition. Knowing these paths allows us to avoid making the same mistakes, or perhaps, start from where he left off with new context and zeal.

Thank you Keith for sharing your hero with us!

Leave a Reply to Heros: Doug Engelbart, Bootstrapping | UI and us Cancel reply